If you are in the internet marketing space and haven’t heard about Click Funnels, I would be a little surprised.

ClickFunnels was founded in 2014 by Russel Brunson and has turned into a $360 Million Dollar SaaS business.  What’s even more impressive is that it was entirely self-funded.

Click funnels is now the fastest-growing non-venture backed software company in the world.

With a following of over a million entrepreneurs, he’s published and sold over 250,000 copies of his marketing books, popularized the concept of sales funnels, and helped tens of thousands of entrepreneurs quickly get their message out to the marketplace.

Russell’s training, teaching, and software has created over 206 millionaires who are in his exclusive club called the 2 Comma Club. Let me just answer the question may arise in your mind now, ‘Would I recommend buying a ClickFunnels Membership?'

The answer is yes – absolutely, but only depending on your position in your online business.

ClickFunnels is a Drag & Drop based software, that let's create sales pages, landing pages inside the sales funnels that people have to navigate through in order to take a specific action (purchase a product, join an email list, etc). They are so much sure about the success of the user that they challenge its users by ONE FUNNEL AWAY CHALLENGE.

Why I Recommend This Sales Funnel Builder

I’m using ClickFunnels to build my sales funnels and I’m 100% satisfied with their services. Click Funnels was specifically designed to make it easy to create sales funnels and can make you an overnight millionaire, so you don’t have to deal with the tricky technical stuff to set things up. This tool lets you create lead capture funnels, sales funnels, membership funnels, e-commerce funnels and many more…

Whichever business you are in, as long as you have something to sell online, I believe ClickFunnels can help!

How Much Is ClickFunnels?

ClickFunnels has two price models depending on the features of each plan. One is called Startup which costs $97 and the other one is Full Suite which costs $297.  The main differences between the plans are the number of landing pages and sales funnels allocated per month.

Before going in depth of this article I would like you to know about Russel Brunson, the founder of ClickFunnels

WHO IS RUSSELL BRUNSON?

Over the past 10 years, Russell has built a following of over a million entrepreneurs, sold hundreds of thousands of copies of his books, popularized the concept of sales funnels, and co-founded a software company called ClickFunnels that helps tens of thousands of entrepreneurs quickly get their message out to the marketplace.

In college, Russell had his first success as an online marketer selling potato gun DVDs. This small business hobby became an obsession and launched Russell into the world of Internet Marketing, where he quickly became one of the top marketing minds in the world. Within a year of graduating college, he’d made his first million dollars selling his products.

The limitations and obstacles Russell encountered with the technology required to bring his sales funnels to life, became the birthplace of the idea for his software company, Click funnels. Together with his partner Todd Dickerson, Russell launched their sales funnel software in October 2014, and the company has grown to $100,000,000 and 55,000 customers in just three

The Underground Playbook for Growing Your Company Online

It's not about getting more traffic to your website or increasing conversions, yet these secrets will do EXACTLY that and more. 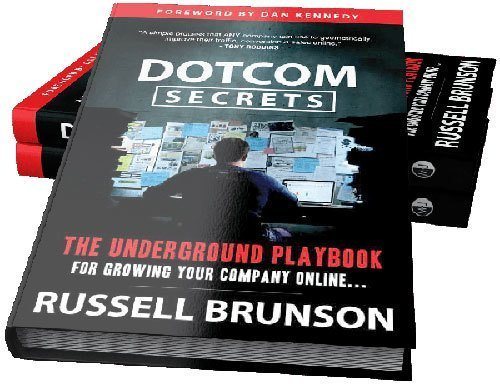 Dotcom Secrets is a shortcut. It's a playbook that tackles the underlying symptoms of low traffic and conversions to exponentially grow your company online.

Find Your Message, Build A Tribe, And Change The World…

Your message has the ability to change somebody's life. The impact that the right message can have on someone at 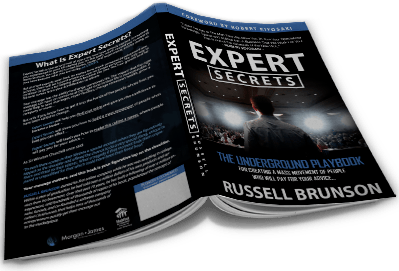 the right time in their life is immeasurable. Expert secret book could help save marriages, repair families, change someone's health, grow a company, and more…but only if you know how to get it into the hands of the people whose lives you have been called to change.

Wouldn't it be nice to know if your page or 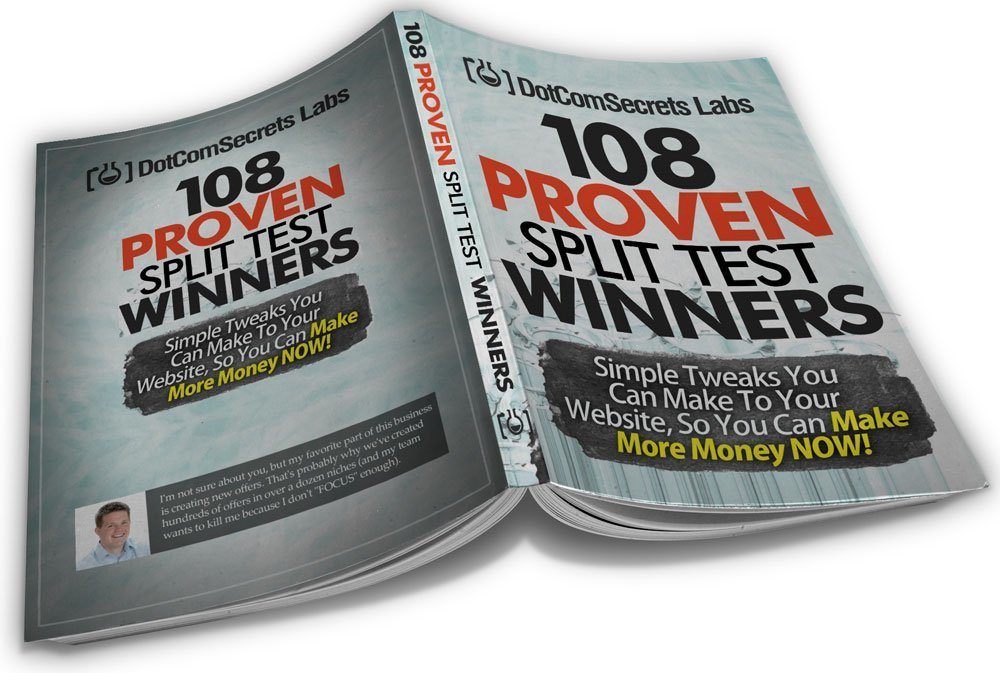 funnel was going to convert, without spending the money to push traffic through initial tests? The good news is that Internet Marketer Russell Brunson loves split testing and has already done 108 split tests that they are sharing with you in his popular book, 108 Proven Split Test Winners.

Profitable Sales Funnel Recipes You Can Use in Your Business

The resource guide for beginner and advanced funnel builders who want to understand the elements and building blocks of a funnel, 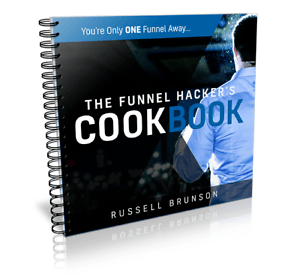 and how to pick the right funnel for the product or service you're selling. Easy-to-understand diagrams and explanations to help get your funnel up in hours instead of weeks.